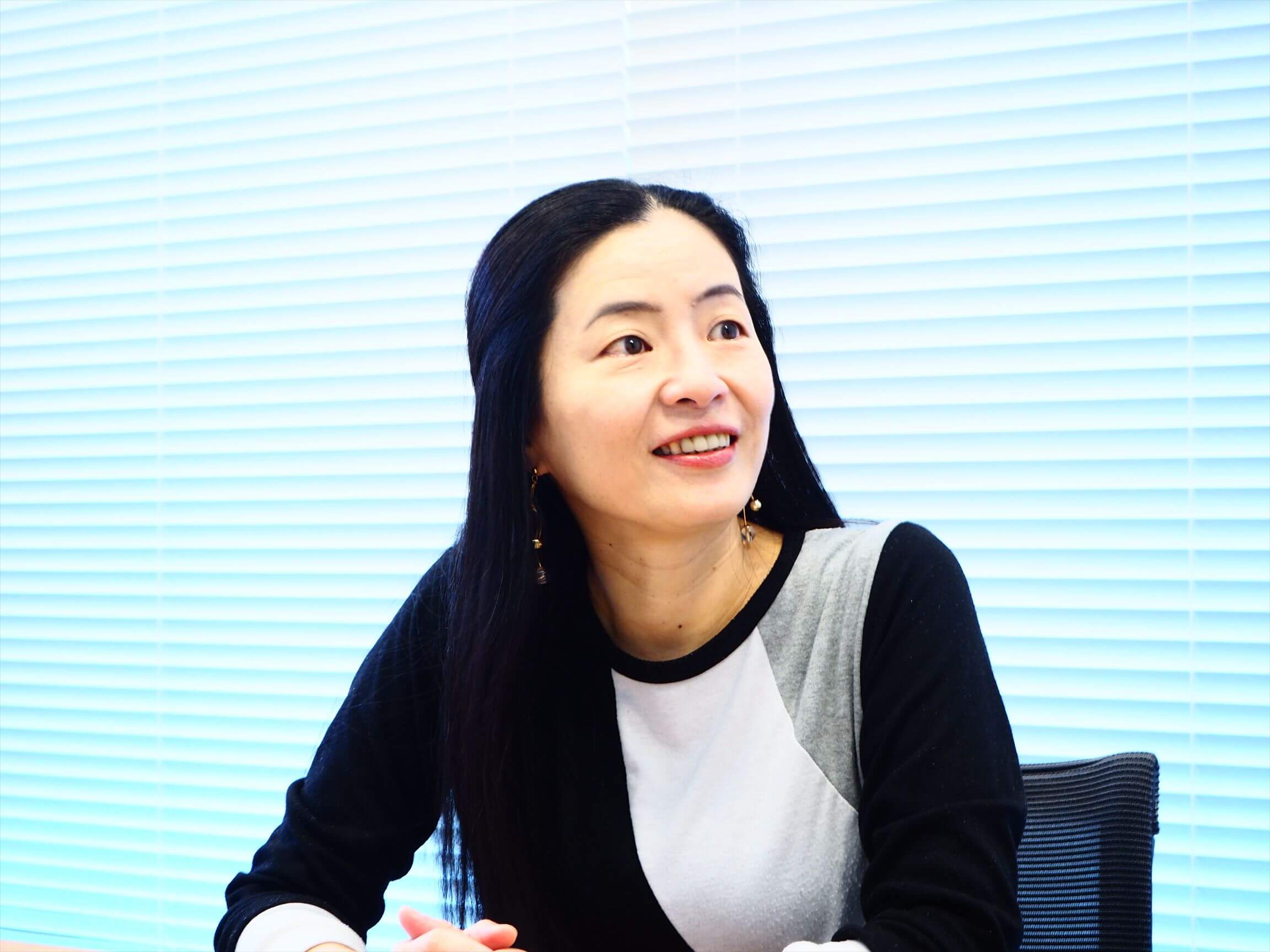 Story Behind Our Current Activities

Using the Fruits of University Research to Benefit Society
When I was researching inorganic and analytical chemistry as part of a doctoral course at University of Tokyo, many of the researchers around me were the type to focus on a specific field and dig deep into it. They had little contact with outside parties and there was a lack of communication, so the wonderful results of their research never made it to society. Once I became aware of the situation, I considered researching technology and knowledge transfer and was asked to join the University of Tokyo’s Research Center for Advanced Science and Technology (RCAST). RCAST had a program for training specialists in intellectual property (IP). I took up that invitation and transferred to their IP lab.

While working as an academic researcher, I began to realize the importance of making efforts to see the results of one’s research implemented in society. This led me to establish an NPO called PRIP Tokyo together with other professors from the laboratory in 2004. Around that same time, I was a part-time technology advisor at the MEXT Technology Transfer Promotion Office. The four years I spent in my role at MEXT helped me build a sense of how to effectively structure policy.

It goes without saying that orphan drugs are no treasure trove. Because they are high risk, low return prospects, we began our research by asking ourselves what cooperation we needed to promote research and development on orphan drugs and what sorts of issues we would encounter when doing so.

In 2005, I created a network for scientists and researchers and established a pillar for rare diseases and orphan drugs at PRIP. Previously, PRIP’s activities had been focused on the three pillars of IP, information technology (IT), and law. We began holding study sessions in 2007 and I traveled to Washington, D.C. to participate in the International Conference on Rare Diseases and the Orphan Drugs (ICORD) in 2008. 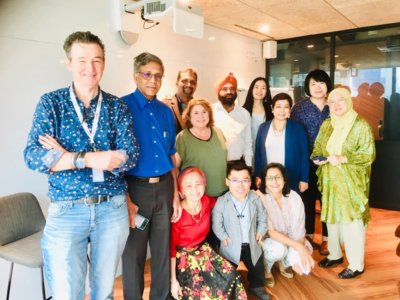 The Impact of Seeing Stakeholders Interact as Equals
At the time, ICORD was the only international conference for rare and intractable diseases. Participating in ICORD opened my eyes. This was because at ICORD, every potential stakeholder – including industry, government, people living with rare and intractable diseases, researchers, and funding agencies*1 – spoke on a level playing field and in a rational manner. For example, I was not given the impression that anyone there felt that someone was of lower standing because they were on the receiving end of healthcare, nor did I sense any distorted relationship between doctors and the industry. The participants wanted to pursue a shared goal of improving the entire field of rare diseases from a global perspective by sharing their opinions in a rational manner.

At universities in Japan, I encountered many researchers who conducted in-depth research on narrow subjects. This gave me the idea that a platform to connect each issue in rare diseases to an expert could effectively link rare diseases with the treasure trove of knowledge at Japanese universities. I also envisioned it as a tool to seamlessly expand the scope of activities beyond diseases to include long-term care and everyday living. However, when the image of such a platform was forming in my head, I had yet to meet face-to-face with anyone living with rare and intractable diseases or their family members.

After returning to Japan, I contacted an organization representing people with rare and intractable diseases and participated in a study session entitled “Future Measures for Nanbyo.” (Nanbyo are specifically-defined rare diseases.) When they saw me, the people there said, “A black ship has arrived.” They likened me to the Western vessels that visited Japan in the 16th and 19th centuries and bewildered the population because I was not a doctor or from the government. They had never heard of my job title. However, over my time interacting with people at such organizations, I have encountered many people with rare and intractable diseases and their family members that I respect from the bottom of my heart.

Inviting ICORD to Tokyo
Starting in winter 2008, I have held annual, invitation-only workshops limited to 50 participants. I began efforts for Rare Disease Day in 2010. In 2012, I invited ICORD to Asia for the first time, so I was able to bring the event for orphan drugs that had such a tremendous impact on me to Tokyo. There, a three-way discussion was held between the Food and Drug Administration (FDA) from the U.S., the European Medicines Agency (EMA), and the Pharmaceuticals and Medical Devices Agency (PMDA). That discussion kicked off a series of events that led to the establishment of Rare Disease International in 2014. Currently, Rare Disease International is actively working with various organizations including the WHO and its counterparts in the U.N. 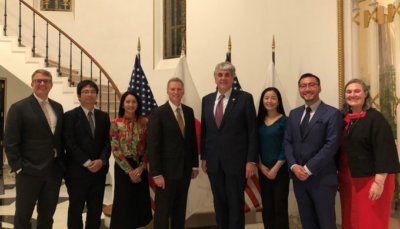 Moving Away from University Research and Establishing ASrid
Around that time, I was on the fence about retaining my university affiliation and continuing my work as an academic researcher. Then, as I was conducting research in the field of social science, I remembered the existence of intermediary organizations like funding agencies or Technology Licensing Organizations (TLO) that serve as support mechanisms for venture organizations. I thought that it might be possible to create an intermediary for providing new opportunities by applying those concepts to the field of rare diseases without disturbing the existing activities of organizations representing people living with rare and intractable diseases.

Joined by PRIP Tokyo’s IT and orphan drug teams, I went independent and established ASrid in 2014. There, we began providing services specializing in rare and intractable diseases. I moved back to Japan from the U.S. in 2015 and have been working full-time at ASrid since 2016.

“Leave It to the Experts”
I think we can call our activities a success if they build awareness that each issue should be handled by an expert in the applicable field. For example, even if one understands that the most important aspect of efforts for rare and intractable diseases is listening to the voices of those most affected, there are certain regulations and privacy laws that prevent those in the industry from doing so. They can access reports from those most affected by cooperating with an intermediary like ASrid.

Here is a specific example. After researching the types of care people affected by progressive muscle diseases hoped to receive from caregivers, we worked with an association representing them to create a leaflet based on our discoveries. That leaflet was distributed so that its members could put our findings into practice and in the future, we plan to distribute it to relevant organizations nationwide. Also, we are currently working on a request from Momiji House, the National Center for Child Health and Development’s short-term residential facility. We have been asked to prepare basic data for a policy proposal for addressing the learning needs and importance of play for children with severe disabilities who require round-the-clock care. To that end, we are conducting user studies at various care facilities and interviewing other related parties.

What Qualities Make a Good Leader? 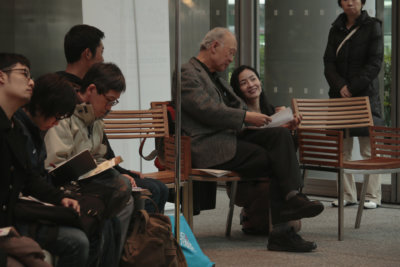 We Do Not Play the Leading Roles
Although it can depend on the scale of the organization, I think efforts in the field of advocacy do not go well if the leader is too much of a visionary. In business, it might be okay if the leader says, “I have a vision, so follow me.” However, those working in the field of advocacy do not play the leading roles. The presence of many uncertain factors makes it likely that leaders who wish to change society to fit their vision will end up skewing things further down the line. What is important is not to try to change society as advocacy workers wish it to be, but as those most affected wish it to be. That is the point of advocacy. I think leaders at advocacy organizations must take a somewhat distant, logical approach.

Maximizing the Value of Every Individual
In recent years, understanding towards rare and intractable diseases has advanced and various efforts are now a growth curve. However, whether or not said efforts will continue to progress smoothly depends on stakeholders. We cannot expect our efforts to advance just because there has been technological innovation.

For example, the use of big data is advancing in the world of healthcare, but small population sizes mean that big data does not exist for rare diseases. Therefore, it is important to think of how to link real-world circumstances for rare and intractable diseases and the fields that the researchers who use big data are interested in.

In the future, I think what we do in our activities will not change, but the number and variety of inquiries we receive has increased dramatically, so each field of activity will continue to grow in scope. That is why our core members are discussing the importance of not getting carried away.

We are not thinking of expanding the size of our organization. Because we built it, we must have the resolve to maintain its operations. In the field of advocacy – which is said to be a challenging field in Japan – the question is how to operate an organization in a sustainable manner. First, we must be aware of our position within the activities of each stakeholder and produce high-quality output with great care while making the most of the skills of each core member.

*1 Organizations that select outstanding research and development issues among those submitted by the public and provide funding for research, administrative management, and planning for those issues.